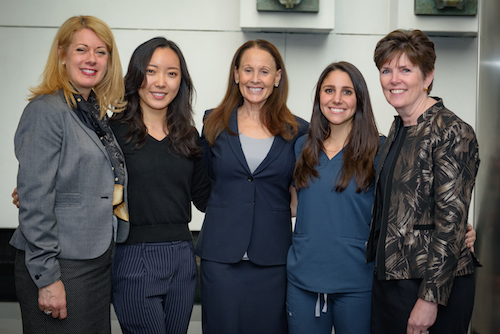 For Stony Brook School of Dental Medicine (SDM), a submission for national consideration required one extra step: an internal competition among peers. With 15 talented and determined students, SDM well-surpassed the limit of three entries per school set by Dentsply Sirona. In response, a thorough grading rubric and panel of faculty judges was set into place, led by SDM's Associate Dean for Clinical Education, Ann Nasti, DMD.

"We were thrilled that so many of our talented students were interested in the Dentsply Sirona contest. As a team, our goal was to select the three entries that the panel of judges believed would meet the qualifications for a U.S. 1st, 2nd or 3rd place winner,” said Dr. Nasti.

Ms. Wang's case study featured restoration of maxillary incisor tooth fractures. “I felt very lucky to have the chance to do an aesthetics case as a third-year dental student,” said Ms. Wang. “I will never forget the feeling of satisfaction and excitement when I saw the final results and how big of a difference it made in my patient’s smile.”

Dr. Chimon's placement as first nationally brought her to the official global competition on June 28th in Konstanz, Germany, where she competed against representatives from 38 other countries. "It was an amazing opportunity to go there and present my case, and to see the work of other students around the world," said Dr. Chimon.

Dr. Chimon's winning case was the closing of anterior diastemas, which she performed for her classmate, Michael Winter, DDS. "It was a higher level of pressure to perform aesthetic work on someone who is doing the same type of work as you are," said Dr. Chimon. "It's also exciting to see the results on a regular basis."

The outcome of the national competition was announced as a surprise during SDM's annual Leo and Mickey Sreebny Lectureship and Research Symposium by Dentsply Sirona's Ms. Melissa Marlin. "I was so excited when they announced it," said Dr. Chimon.

To make the moment even sweeter, Dr. Winter was there to celebrate his now award-winning smile alongside Dr. Chimon.  “I could not be more pleased with my new smile and I’m so grateful for Dentsply Sirona’s participation in this result,” said Dr. Winter. “Dr. Chimon is an incredible clinician.” 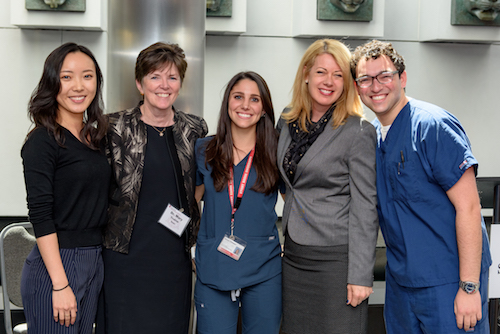 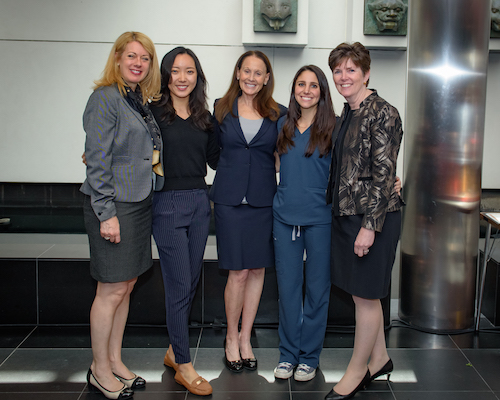 Before and After Shown of Ms. Erin Wang's Aesthetic Case Study 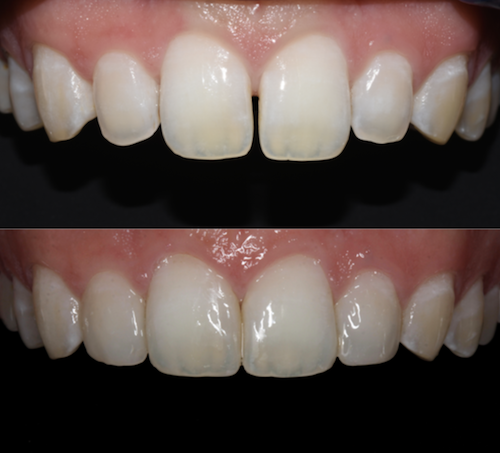 Before and After Shown of Dr. Jenna Chimon's Aesthetic Case Study