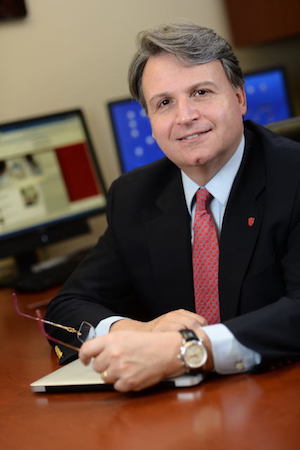 November 2016-According to one recent study from a team of scientists from Stony Brook University School of Dental Medicine and the University of Rochester.

Former and would-be smokers who opt for electronic cigarettes may not be doing their teeth a whole lot of good, according to a new study conducted by Georgios Romanos, Department of Periodontology, Stony Brook University School of Dental Medicine.

Research published in the journal Oncotarget, which focuses on cancer-related issues, suggests that electronic cigarette smoke may wreak the same type of havoc on teeth and gums that conventional tobacco does.

A team of scientists from Stony Brook University and the University of Rochester found that the vapors released in e-cigarettes can cause tissue inflammation and damage comparable to that produces by regular ones.

Furthermore, chemicals used to flavor some e-cigs may cause even more harm to mouth tissue, the researchers say.

Some caveats: This particular experiment was conducted on gum tissue, not live human participants. It’s possible that there are other confounding factors that may contribute to gum disease and in e-cig and regular cigarette users alike.

But it’s the latest example of scientific skepticism surrounding the health benefits of e-cigarettes. Manufacturers claim that they are an obviously superior alternative to conventional products that contain known carcinogens; but the overall public health ramifications of the products remain unclear, including whether or not they may actually be encouraging more kids to smoke.